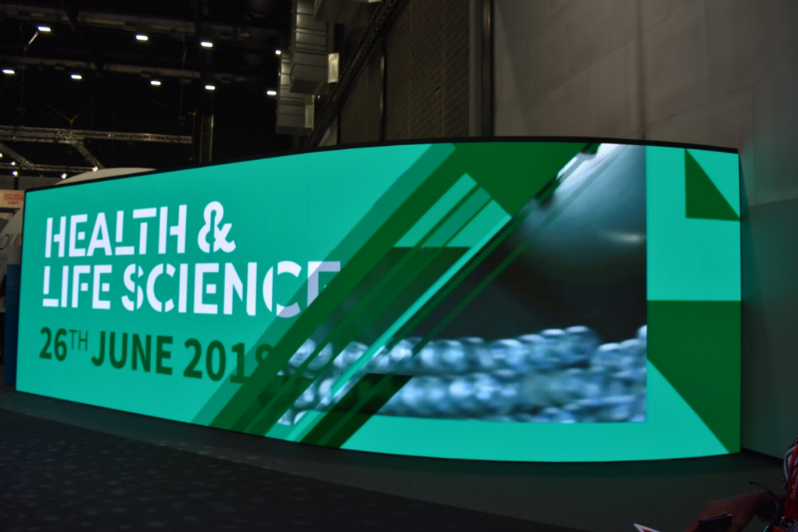 The annual bioConclave concluded on 26th June 2018 in Liverpool, part of the Heath and Life Sciences Day at the International Business Festival.

Thousands of delegates from across Britain and the world visited the Liverpool city region for the International Business Festival in June.

The bioConclave 2018 was one of the major events on the life sciences day, focusing on patient centricity, data, and technology.

The event discussions featured best practices and case studies on successful patient engagement, recruitment techniques using novel, patient-centric and data-driven approaches. It looked at how technology and data are at the forefront driving clinical trial decision-making globally. With further advancements in new technologies (such as mobile devices and wearables) and the rise of online communities, how the pharma and biotech industries are poised to capitalise on these advancements to innovate existing clinical trial processes and systems.

Speakers included Urvashi Prasad, from the Office of Vice Chairman, NITI Aayog in the Government of India, Professor S.S. Vasan from Public Health England as well as the co-founders of several innovative initiatives in digital health and patient recruitment.

Petra Jantzer, Managing Director for the life sciences division at Accenture talked about how the world of healthcare had changed, with disruption occurring in socio-economic terms through an ageing population and the rise in chronic diseases, in science, as well through increasing digitisation and business model disruption.

Urvashi Prasad focused the ambitious efforts of the Indian government to consolidate and develop more novel technology platforms for data science and healthcare data. Many of the audience was not familiar with India’s efforts in this area, and the presentation was well received. Urvashi’s presentation in bioConclave 2017 in London received the highest feedback rating from attendees, so she was invited back again for the second year.

The audience included the British Deputy High Commissioner from Bangalore, as well as a delegation of innovative young Indian companies that attended for the bioConclave, as well as other events, during the IBF.

According to General Practitioner in the National Health Service (NHS) Atif Ghaffar, the event showed there are “exciting and daunting times ahead for digital health [sic] where significant challenges are being met with some really innovative solutions”.

Zeshan Ghory, Vice President of Strategy at patient recruitment portal Antidote said that traditional recruitment channels for clinical trials are not enough in today’s world. He said that patients have expectations today that online processes will be fast in onboarding patients, which requires quicker and more detailed medical screening of referrals than is traditionally possible.

Professor S.S. Vasan focused on how to gather data when human clinical trials are unethical or infeasible, where a high standard of science with high medical or social benefit would justify more suffering. His fascinating insights, based on discussions with the US FDA as well as internally at the PHE, focused on the “shades of grey” where medical experiments on prisoners have occurred, a hierarchy of animals considered for experiments and “cuddly pets” like dogs and cats not being experimented on.

James Batchelor, Director of the Clinical Informatics Research Unit at the University of Southampton gave an insightful presentation look at the capacity and capability of global research through collaborations.

Mick Mullane from the National Institute of Health Research (NIHR) in the NHS provided a live case study of how the NIHR deals with e-consent from patients in trials through a mobile app consistent with the new data privacy GDPR regulation in the EU. He showed how it has been revolutionary in its simplicity and is helping drive innovation and new practices in other parts of the NHS.

The bioConclave is an annual gathering of life sciences leaders in the UK, focused on providing access to leading Indian innovators to market opportunities in the UK. In 2017, the event was held in London, with a delegation visit to the University of Birmingham life sciences and healthcare cluster, and the year before it was hosted by the London Mayor’s office in London, followed by a visit to Leeds.

Dr Anil Wali, Managing Director of FITT at IIT-Delhi, said of his earlier bioConclave visit: “It is wonderful to be in London for the bioConclave. Forums such as these bring together a practical perspective to bring SMEs, pharma, innovators, and investors together.”

You can see some of the pictures here.