Prevention vs Cure for antibiotic resistance

Prevention vs Cure for antibiotic resistance 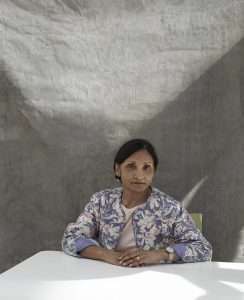 We are all acutely aware of the ‘ticking time bomb’ of antibiotic resistance and this is of particular importance in India, the world’s largest consumer of antibiotics. The challenge is that new classes of antibiotics will be held in reserve and used sparingly, a problem that has stimulated economists to formulate complex mechanisms to incentivise companies to include antibiotics in their pipelines. But when we expose bacteria to antibiotics they will develop resistance, it is just a matter of time: days, months or years.

Which leads to the question – if we could prevent infections, wouldn’t that be an elegant alternative?  Vaccines to prevent bacterial infections would not remove the need for antibiotics but would reduce their use and therefore reduce the time to emergence of resistance.

Will resistance arise to vaccines?

To date there is no published evidence that prophylactic vaccines (given in advance to prevent infection) result in the emergence of resistance. Such vaccines are not present at the same time as the bacteria, so exert no environmental pressure on them.  By contrast antibiotics treat existing infections, are present with the bacteria and in parallel to killing or suppressing growth of sensitive bacteria, do little to prevent resistant forms from continuing to multiply.

In the United States in 2014, one in 25 patients contracted a hospital-borne infection on any given day, according to the Centers for Disease Control and Prevention. Data from India suggests the infection rate in hospitals is twice this rate.  Staphylococcus aureus (and its antibiotic resistant form MRSA) lives on us making it a significant challenge in hospitals. Good hygiene and isolation procedures in hospitals has led to a drop in S. aureus and Clostridium difficile infections, but the emergence of antibiotic-resistant organisms is a major public health concern, particularly in hospitals, at a time when the discovery and development of new antibiotics is slowing down dramatically

The number of elective surgery procedures undertaken each year is staggering with over 232 million procedures reported worldwide in 2014 – in India there were an estimated 70,000 joint replacement procedures in 2011.  How many of these procedures involve prophylactic and/or post-operative use of antibiotics?

If vaccination was available to you at the time you went in for your pre-op appointment and that vaccination could reduce your risks of infection while contributing directly and indirectly to reducing antibiotic use and the incidence of resistance: what would you choose to do?

Dr Fiona Marston is CEO of Absynth Biologics and is a speaker at the bioConclave 2017 in London. Fiona Marston was inspired to follow a career in medical research by her mother’s battle with a rare degenerative illness. She worked in healthcare, biotechnology and venture capital, before becoming CEO of Absynth, which aims to combat antibiotic resistance.