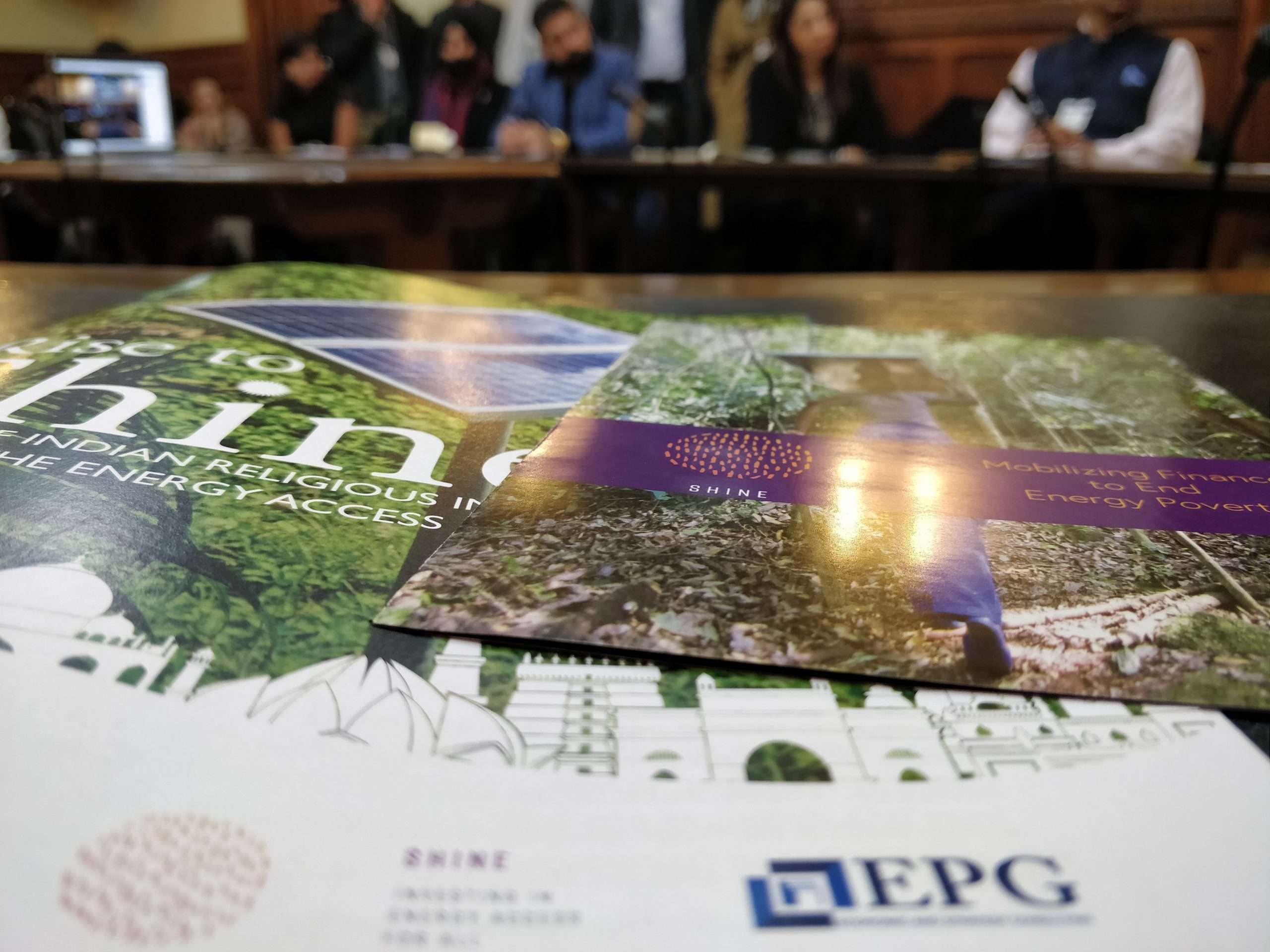 A new report was launched at the House of Commons today that reviewed best practice amongst religious institutions in India and identified initiatives that had impacted more than a million people and cut conventional fuel use by more than 70%, saving those organisations £1m annually.

The report featured case studies from across faiths, including ten Hindu, five Islamic, three Jain, two Sikh and Christian, and eight spiritual organisations, and conducted interviews with more than 40 heads of major religious and spiritual institutions across the country. It showed that such institutions offer untapped potential for accelerating efforts to end the energy poverty that still afflicts more than 200 million people in India. The case studies showcased pragmatic, on-site renewable energy solutions to reduce operating expenses and provide back-up power during public power outages.

The report suggests that collaboration with Indian social entrepreneurs in the field of energy access could enable such communities to dramatically accelerate the pace of distributed renewable energy development in rural areas of India which lack access to energy. This approach to localized clean energy development would also benefit from the social and economic capital that these spiritual communities have developed over decades of service in their communities.

The report was written by Hindu advocacy group The Bhumi Project, interfaith environmental organization GreenFaith, economic and strategy consultancy EPG. The launch featured a number of UK Parliamentarians, including Lord Jitesh Gadhia and Tan Dhesi MP. Other guests included representatives from Hindu, Sikh, and Jain religious groups from across the UK.

Gopal Patel, Director of The Bhumi Project, said: “This report shows that these faith groups can be strong advocates for climate action in India. By working with social entrepreneurs they can help close India’s energy gap.”

Rev. Fletcher Harper, Executive Director of GreenFaith, said: “India’s religious and spiritual institutions have a vital role to play in ensuring that every Indian man, woman and child has access to clean, safe, affordable, reliable sources energy.  This report describes the support these institutions need to play their unique role.”

Pratik Dattani, Managing Director of EPG, said: “India has made enormous strides on a global scale in promoting renewable energy, for which it has been commended on international platforms. This report however shows the untapped potential of faith communities to reach a previously untapped market through smart procurement, promotion and concerted outreach.”

Jasvir Singh OBE, Chair of City Sikhs, said: “We are a non-profit organisation that is a voice for progressive Sikhs. It is terrific to see Sikh organisations such as the Golden Temple and EcoSikh highlighted in this report. The level of interest generated in the report shows that faith communities are concerned about climate change and are seeking to pioneer innovative solutions.”

To read the full 35-page report, please get in touch via our Contact Us page

Notes for the Editor

Additional findings from the report include the following:

The report was compiled by The Bhumi Project, an international Hindu environmental network; GreenFaith, an interfaith environmental nonprofit organization headquartered in the United States; and EPG Economic and Strategy Consulting.