Home Publications Developing a startup ecosystem: Lessons from the UK

Developing a startup ecosystem: Lessons from the UK 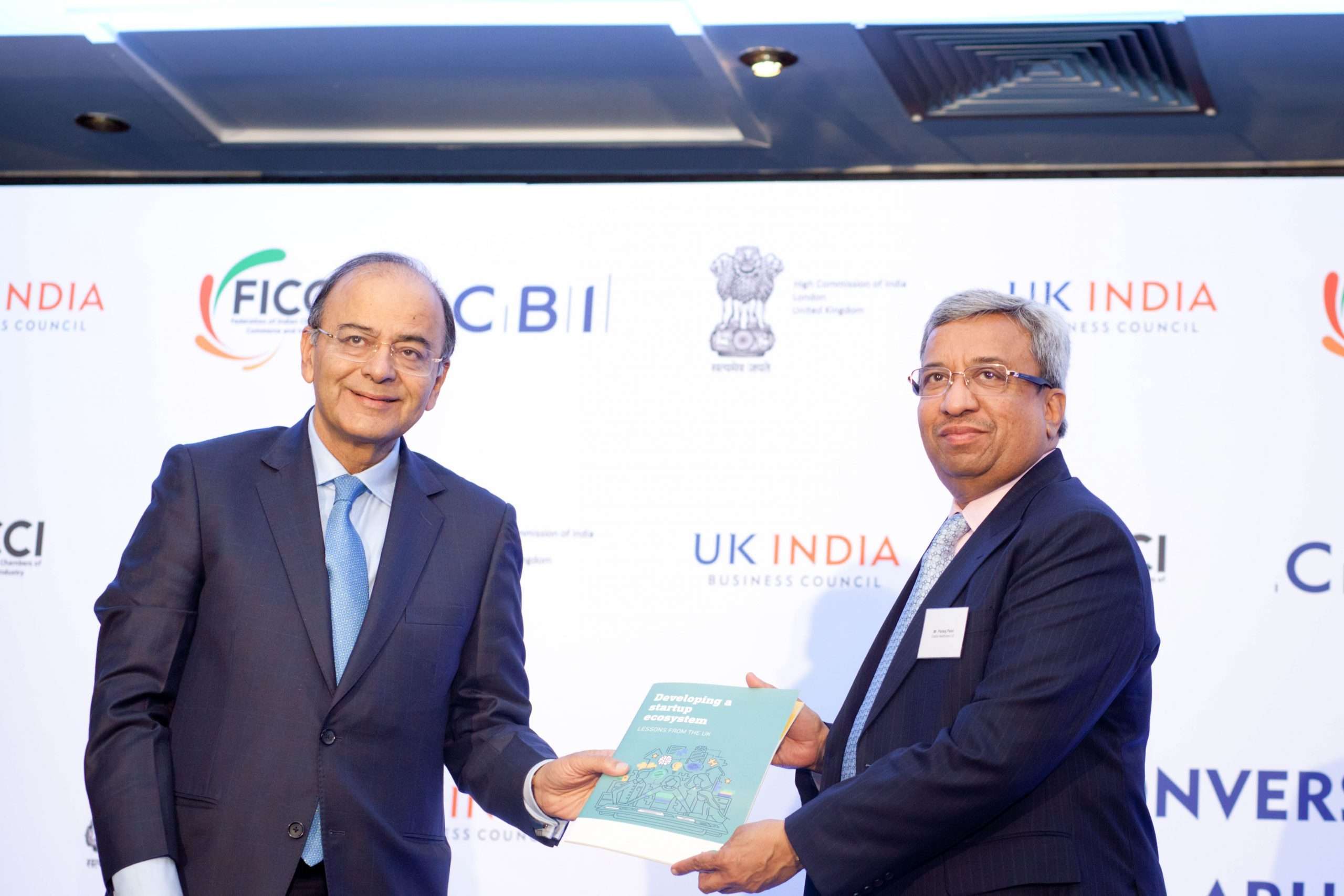 LONDON, 21 February 2017: A major report on the vibrancy of the startup ecosystem in the UK and its lessons for India’s developing startup scene was launched today, written by Pratik Dattani.

The report, written by the Federation of Indian Chambers of Commerce and Industry (FICCI), and its India Advisory Group in the UK, looks at the British experience in creating a thriving startup ecosystem and what learnings the Indian central and state governments could take from it. The report’s partners are techUK, Indian Angel Network and London & Partners.

The report identifies the ingredients to create a successful innovation ecosystem, including accommodative policy, entrepreneurial culture, availability of human capital, access to markets, access to finance and institutional support.

This research shows that many of the policies responsible for establishing the UK and London in particular as a startup hub have happened in the last 5-6 years. London accounted for one seventh of the UK investment into startups in 2010, a figure that has since increased to two-thirds. To establish such an ecosystem in the backdrop of an economic downturn and budget tightening requires a commitment not only from successive governments but from other actors in the ecosystem.

The lesson for Indian policymakers is that with purpose and determination, India too can grow and nurture such an environment. The report’s recommendations therefore are framed as ones which could propel the startup economy in India forward.

FICCI Secretary-General Dr A. Didar Singh said: “This report comes at an important point in Prime Minister Narendra Modi’s journey to make India a thriving startup hub. While we in India are very excited about the growth that we see and the opportunity this brings for innovation, creativity and creates jobs, it is also important to learn from the experiences of others that have been through the process.”

London’s Deputy Mayor for Business Rajesh Agarwal said: “I congratulate FICCI on this excellent snapshot of the ingredients that contribute to the UK’s successful startup culture, and I commend it to policy makers at regional and federal levels.”

“The UK government has played an enabl­ing role to fuel the global angel ­investment ­into the UK, and help mentor and grow UK startups across countri­es.” according to Saurabh Srivastava, co-founder of the Indian Angel Network and co-founder and past chairman of Indian IT industry body NASSCOM.

Julian David, CEO of techUK, said: “The UK tech sector has been the outstanding success of the UK economy over the last decade and will be vital to the UK’s success in a post Brexit world. There is much that the UK and Indian tech ecosystems can learn from each other as we look to boost our shared strengths in emerging technologies such as the Internet of Things and Artificial Intelligence.”

FICCI already leads a number of initiatives in India to support and grow the entrepreneurial ecosystem in India. The DST-Lockheed Martin India Innovation Growth Programme has evaluated over 7,000 startups and supported 400 innovators with product commercialisation. As part of the Millennium Alliance with the UK’s Department for International Development, among others, FICCI has supported 62 social enterprises, with 12 replicating their projects across Africa and Asia.